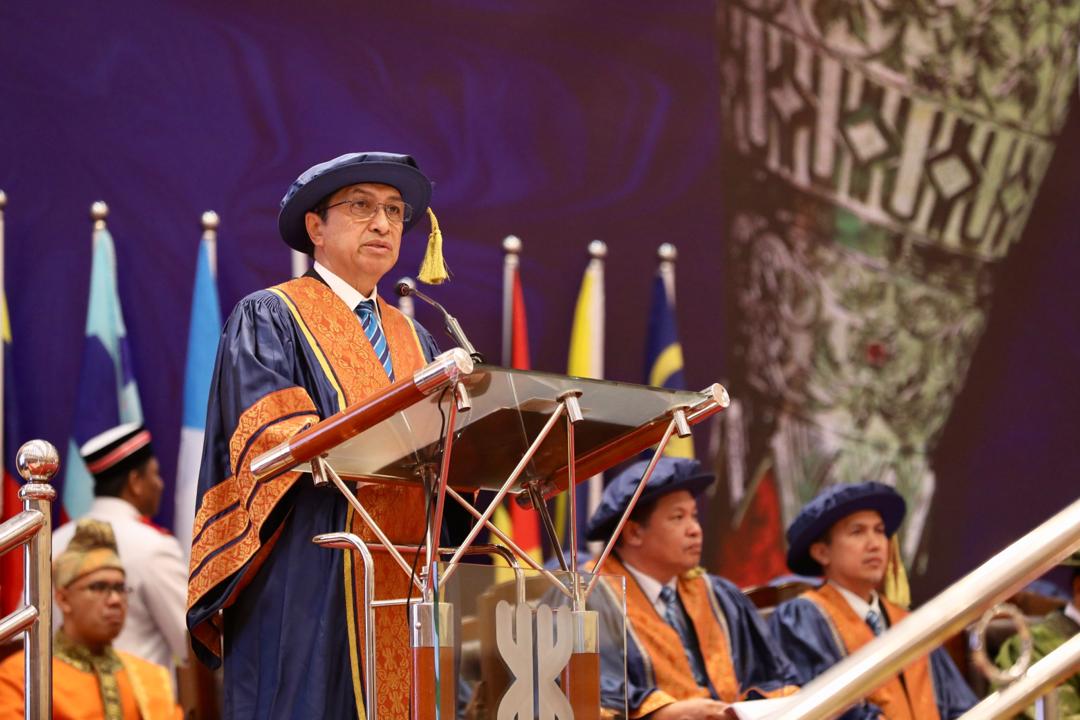 Tan Sri Hamad Kama Piah's involvement dates back to the beginning of the establishment of UMK in 2007, with the development of Bachok Campus beginning for the initial formation of UMK in Kelantan. Through his tenure, he managed to capitalize on the opportunity to return to his home town in Kelantan after decades with the GLC company in Kuala Lumpur.

Tan Sri Hamad Kama Piah has brought about a dramatic change in the setting up of UMK itself, particularly UMK entrepreneurship policy which has been the core of the University's establishment.

Tan Sri's distinguished role as Chairman of the Board of Directors of the University (LPU) was previously seen as very strong in terms of the development of the Universiti Malaysia Kelantan and cannot be disputed.

His excellent leadership and contributions since the establishment of UMK have put UMK on the right track to meet the vision, mission, and goals of entrepreneurship. Extensive experience as the former President and Chief Executive Officer, Perbadanan Nasional Berhad is the catalyst for UMK to continue to move forward to fulfil the national mission of producing competent graduates in the field of entrepreneurship in line with current and future needs of the country.

Commenting on the award, Tan Sri Hamad Kama Piah, thanked upon receiving the award while expressing his gratitude for the outstanding award from the University. He felt that one of the key factors that made it possible for him to receive this award was that he had been with UMK for 11 years as Chairman of the Board.

He said UMK could play a very important role as the only university focused on entrepreneurship because in this century everyone was thinking about how to make entrepreneurship a future industry.

“I feel that UMK has a bigger role in the future because UMK is the only University that can shape the future of our graduates' as successful entrepreneurs and businesspeople.

"Every student who steps foot in UMK will definitely see how the industry is growing and with the knowledge at UMK it will surely have a better impact that opens up a bigger opportunity to become an entrepreneur," he said.

He added that if the student was not an entrepreneur and worked as a government official, the entrepreneurial mindset up by UMK would make them more special especially when it comes to handling risk in their careers.

Meanwhile, Tan Sri Hamad Kama Piah said the establishment of the UMK AGE Council in 2010 which inspired him to enable universities and industry to see opportunities in designing more effective work plans for all parties, especially UMK community.

In this regard, it is the hope of UMK to strengthen the University's entrepreneurial education agenda by providing graduates and empowering staff with entrepreneurial skills and attributes such as innovative, creative and willing to take risks and feasible.

As such, the conferment of the Honorary Degree is very much in line with Yang Bebahagia Tan Sri contribution and outstanding achievements in the business, entrepreneurship, conglomerate and corporate sectors.

It is an aspiration and inspiration to the University Malaysia Kelantan which was built on an entrepreneurial platform as the core of the university.

He said this in an exclusive interview with UMK's media recently.

By I UMK Corporate Communications Centre